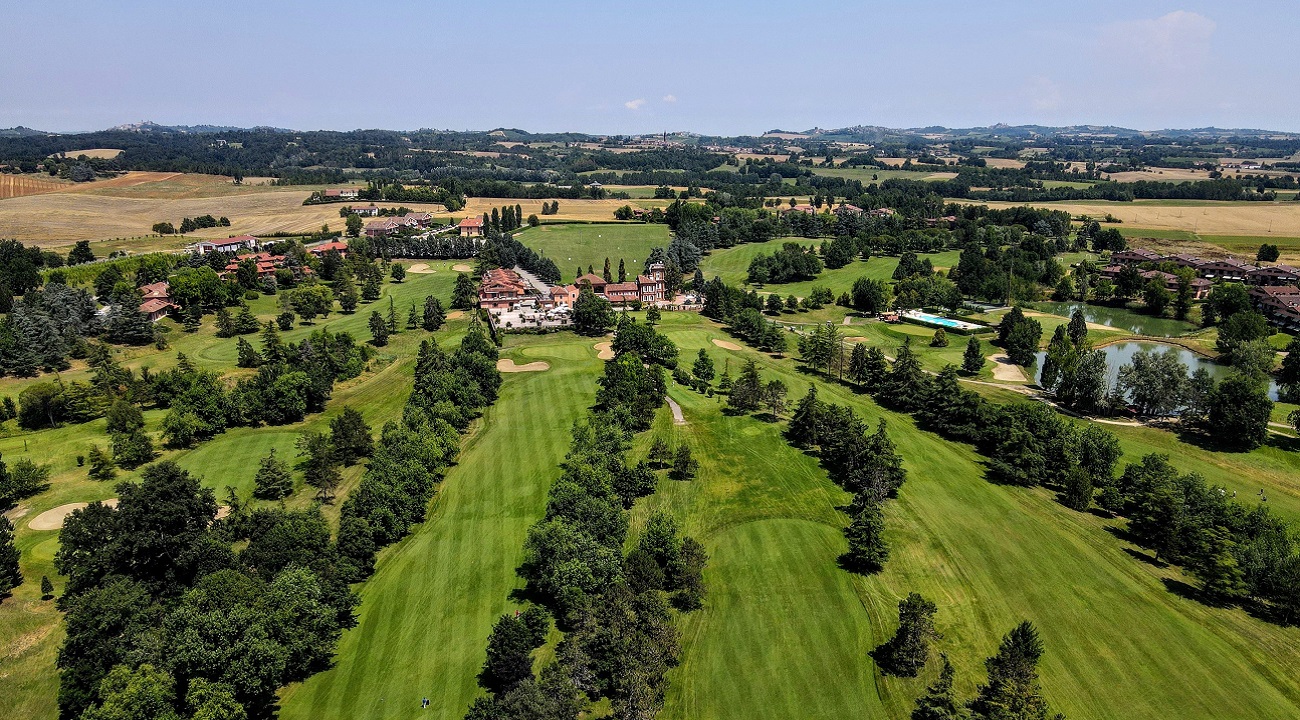 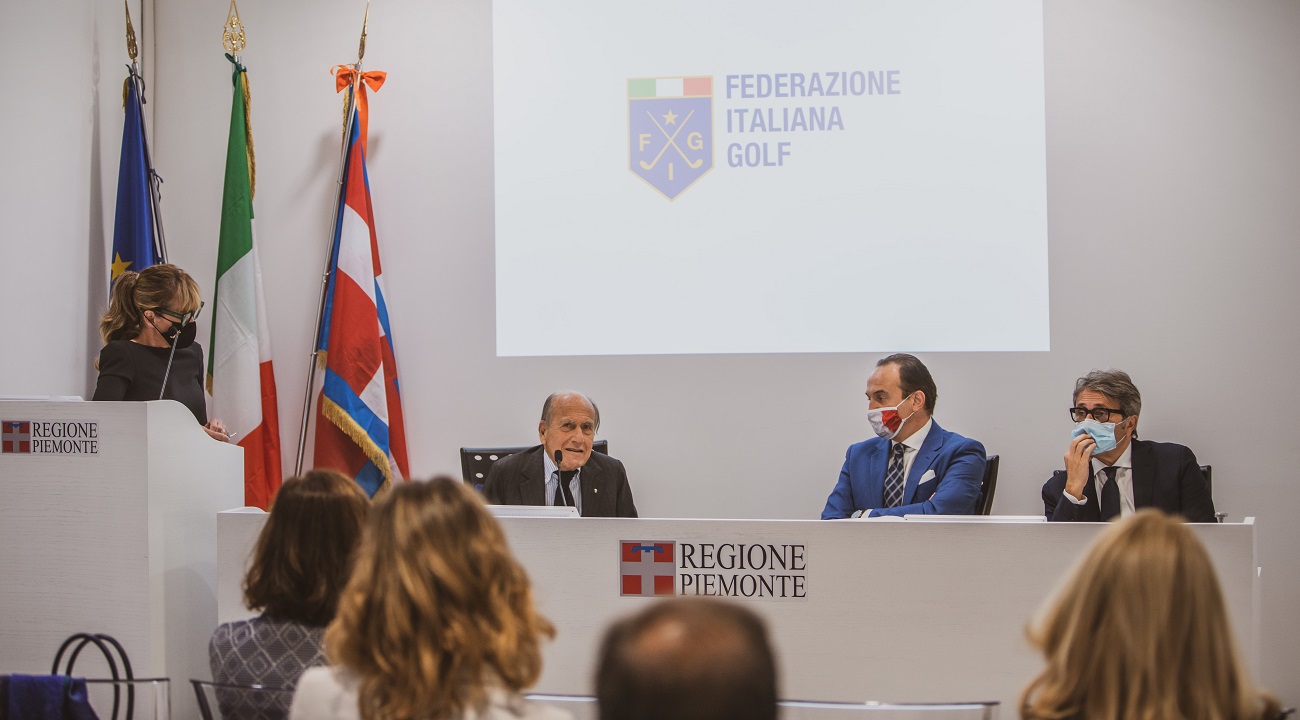 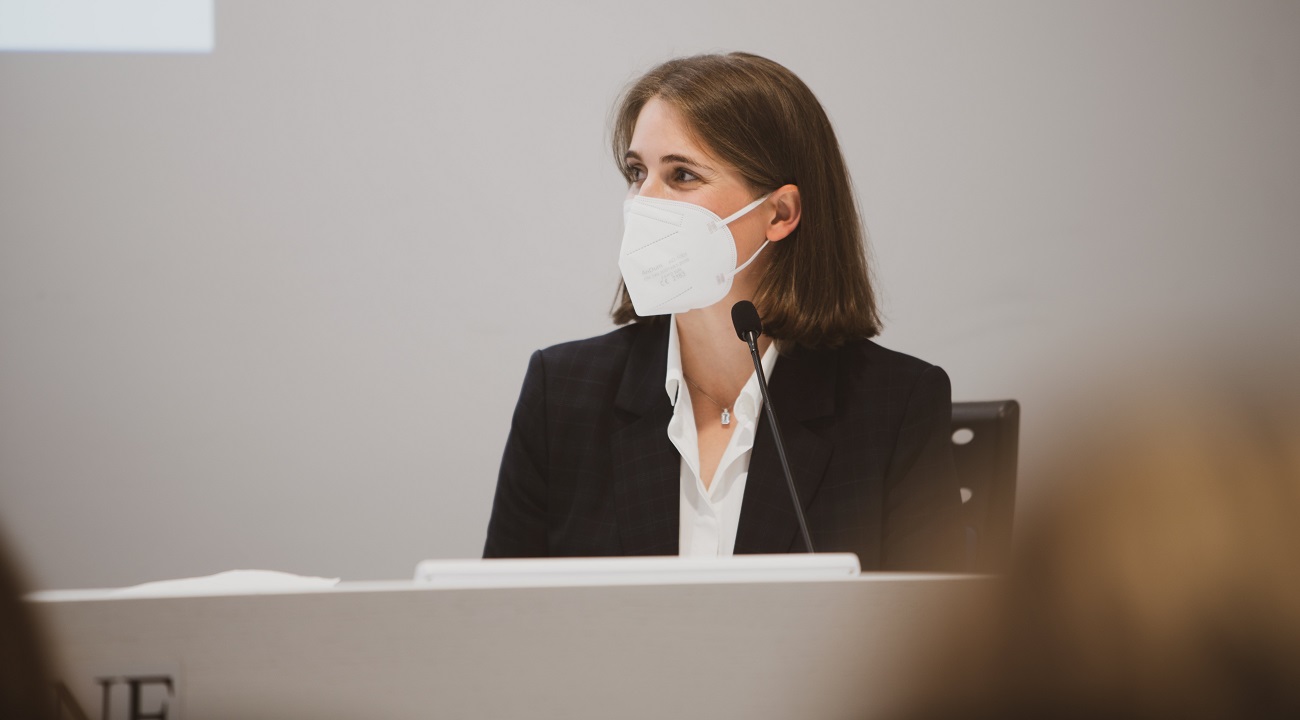 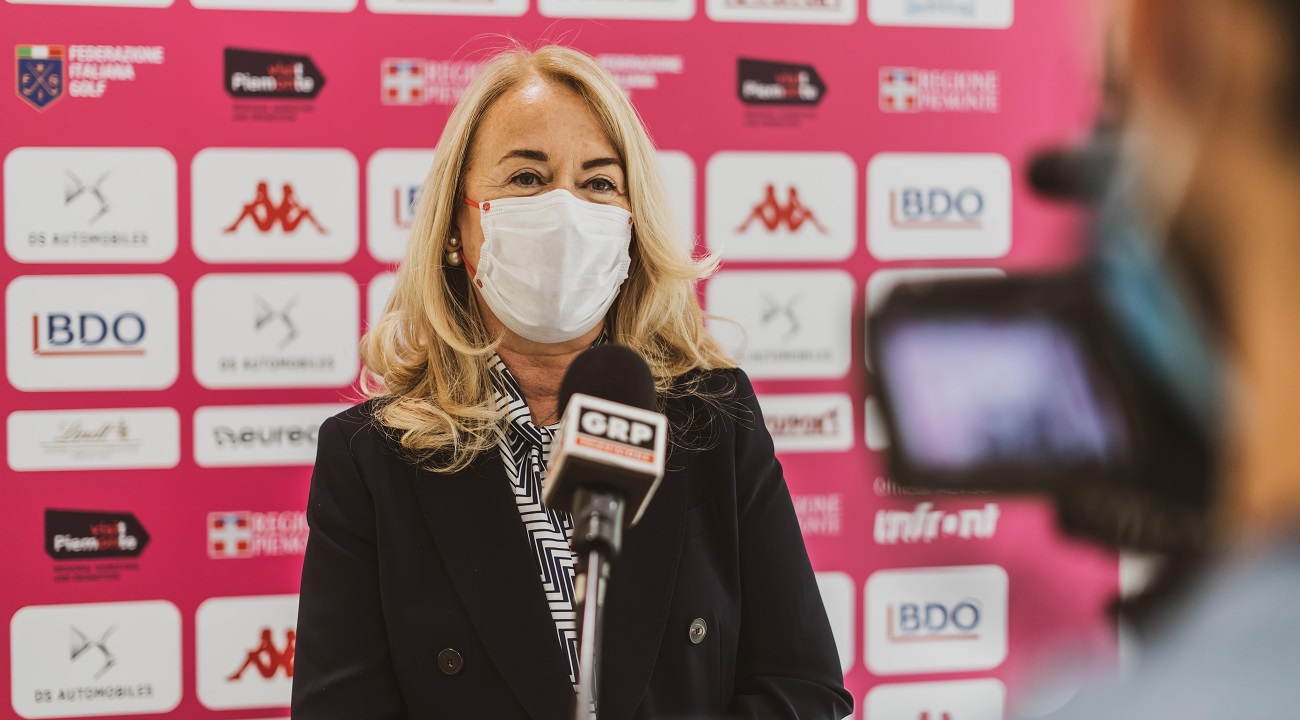 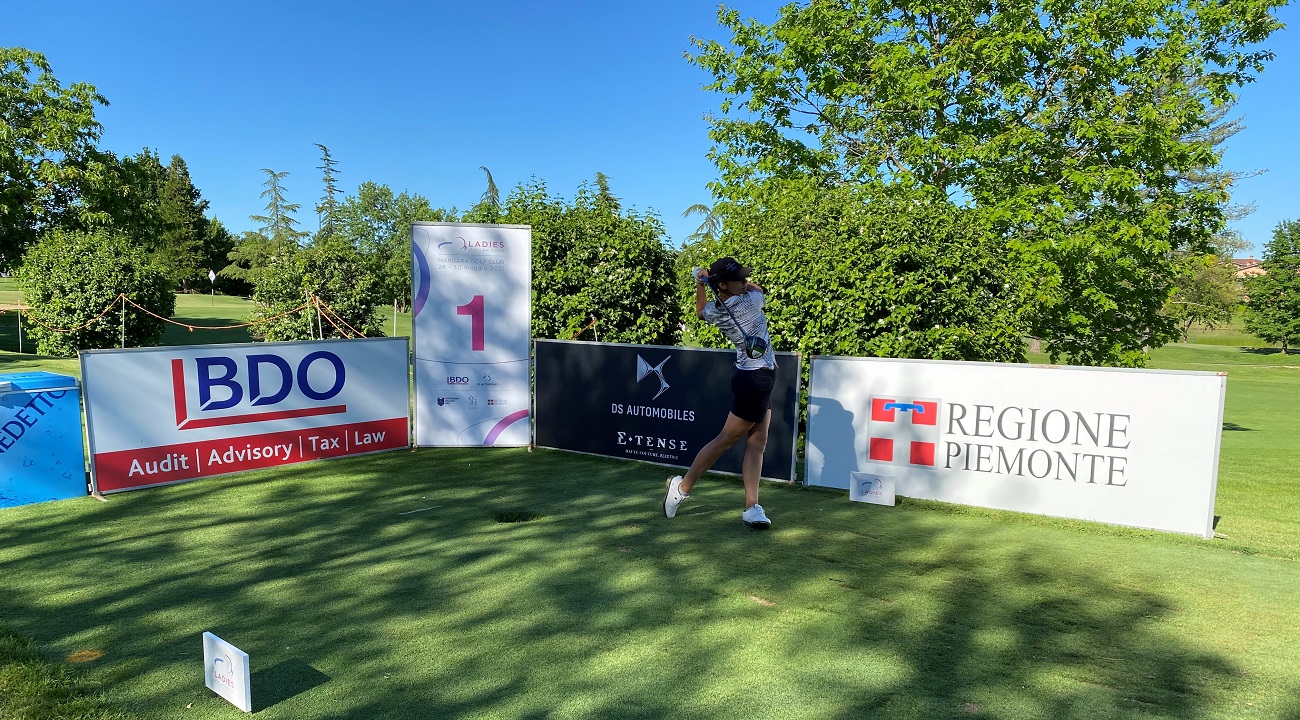 The queens of golf in Monferrato for the Ladies Italian Open

The queens of continental golf are ready to compete in the 25th edition of the Ladies Italian Open, in the setting of Monferrato, in Piemonte. The tournament, part of the Ryder Cup 2023 Project, will be played from 28 to 30 May at the Margara Golf Club in Fubine Monferrato, in the province of Alessandria. The event was presented in Turin in the “Transparency Room” of the Region, which will sponsor the event in collaboration with VisitPiemonte.

Nine blue in the race

There will be nine blue in the race. There is Giulia Molinaro, who has been playing in America on the LPGA Tour for years and from 3 to 6 June she will be among the protagonists of the 76th edition of the US Women’s Open in San Francisco, California. And again Lucrezia Colombotto Rosso, from Turin who in 2020 obtained two Top 10 on the Ladies European Tour after winning the “card” in 2019. They are currently the most accredited blue athletes for qualifying for the Tokyo Games.

For Virginia Elena Carta first competition as a professional

There will also be on the Piedmontese golf course Roberta Liti and Virginia Elena Carta. For Virginia Elena Carta will be a special race, the first as a professional after a brilliant career as an amateur. Carta in 2016 in America was awarded, with the lowest score in the history of the tournament, in the NCAA Women’s Medal Championship, the most important US College event. She also obtained the bronze medal, in tandem with Renato Paratore, in the team competition of the 2014 Youth Olympic Games in Nanjing, China. With them there will then be the veterans Giulia Sergas, Stefania Croce and Veronica Zorzi.

From the big names to the talents

At the Margara Golf Club the spotlight will also be on two young amateurs, Alessia Nobilio and Carolina Melgrati from Lombardy. The first, a 19-year-old from Milan, in her palmares already boasts many successes at the youth level and an appearance at the Junior Ryder Cup in Paris in 2018. While the second, an 18-year-old born in Monza, has won four national titles. Both are preparing to make a dream come true, playing alongside many of the best European golfers.

Englishman Florentyna Parker will defend the title won in 2014 at the Perugia Golf Club. In that race the best blue were Diana Luna (fourth), the first Italian in history to qualify for the Solheim Cup in 2009, and Veronica Zorzi (fifth).

126 competitors for the title

126 competitors will compete for a total prize money of 200,000 euros at the Margara Golf Club. The event will be held over a distance of 54 holes with a cut after 36 which will leave the first 60 classified in the race and equal in 60th place. In compliance with government provisions on the containment and management of the epidemiological emergency from Covid-19, the Ladies Italian Open will be staged behind closed doors.

Solidarity takes the field in the Ladies Italian Open with Komen Italia, Charity Partner of the event and of Golf è DONNA, an initiative of the Fig, as part of the Ryder Cup 2023 Project, which can count on the support of 64 Punti Rosa clubs for development of the women’s movement. On the occasion of the tournament at the Margara Golf Club, a fundraiser will be active for Komen Italia, an association that has been involved in the fight against breast cancer for over 20 years. Through “Golf for the Cure”, Komen Italia proposes a correct lifestyle in the name of sport and in particular golf.

“The return of the Ladies Italian Open, for the first time in a Region with a great golfing tradition like Piedmont, is a source of pride and satisfaction – says Franco Chimenti, president of Fig -. The growth of the women’s movement is one of the priority objectives towards the Ryder Cup 2023. Golf in Italy is healthy. This is demonstrated by the membership data which to date has registered an increase of over 10,000 practitioners compared to 2020. We will have numerous blue in the competition, very important for the components of the national team on the way to the Tokyo Olympic Games ”.

Gian Paolo Montali, CEO Ryder Cup 2023: “The champions of the future and the golf tourism”

“Bringing new golfers to the green and discovering the champions of the future: the Ryder Cup 2023 Project, with the return of the Ladies Italian Open – underlines Gian Paolo Montali, CEO Ryder Cup 2023 -, launches a concrete signal of the commitment of the Italian Golf Federation to all the pink universe. The increase in the number of players, as reported by the partial data of the 2021 membership, is confirmation of this. Seeing the best European players compete in Italy will then give further impetus to the Golf è donna initiative. The Ladies Italian Open also represents an international showcase for the enhancement of the territory from the point of view of golf tourism ”.

Towards 2023: Solheim Cup in Spain and Ryder Cup in Rome

“The tournament – adds Montali – will see our Italians on the field, who, inspired by reference points such as Diana Luna and Giulia Sergas, dream of being part of Team Europe in the 2023 Solheim Cup in Spain, a week before the highly anticipated italian Ryder Cup. Furthermore, for our young amateurs, being able to play such a prestigious tournament represents a precious opportunity towards the next two Junior Ryder Cups, with the edition in Italy that will be hosted by the National Golf a few days before the Europe-USA challenge at Marco Simone Golf. & Country Club. The Ladies Italian Open will also be linked to the theme of solidarity, supporting the fundraising for Komen Italia, social partner of the event ”.

“Being chosen as the club that will bring the Ladies European Tour back to Italy – says Maria Amelia Lolli Ghetti, president of Golf Club Margara and Deputy Vice-president Fig – is a source of pride for us and confirms that our work and our commitment are giving results. desired. This not only in the management of a sports facility at the highest level, but also in the promotion of “Golf è Donna” as a legacy project of the Ryder Cup 2023. The recent successes of our athletes on a national and international level are certainly one of the extraordinary levers for the pink growth of golf in Italy, which I particularly care about “.

“It was from the last putt in the final lap of the Ladies Italian Open 2014 that I dreamed of returning to play this tournament – is the testimony of Virginia Elena Carta, the blue proette -. Doing it as a proette will be even more exciting and for this I thank the Italian Golf Federation, which, albeit in a complex historical moment, has put women at the center of the restart, giving life to such an eagerly awaited event. The race course, which I have already had the opportunity to try, is very stimulating and will be truly an exciting challenge ”.

PGA Championship at the start,...