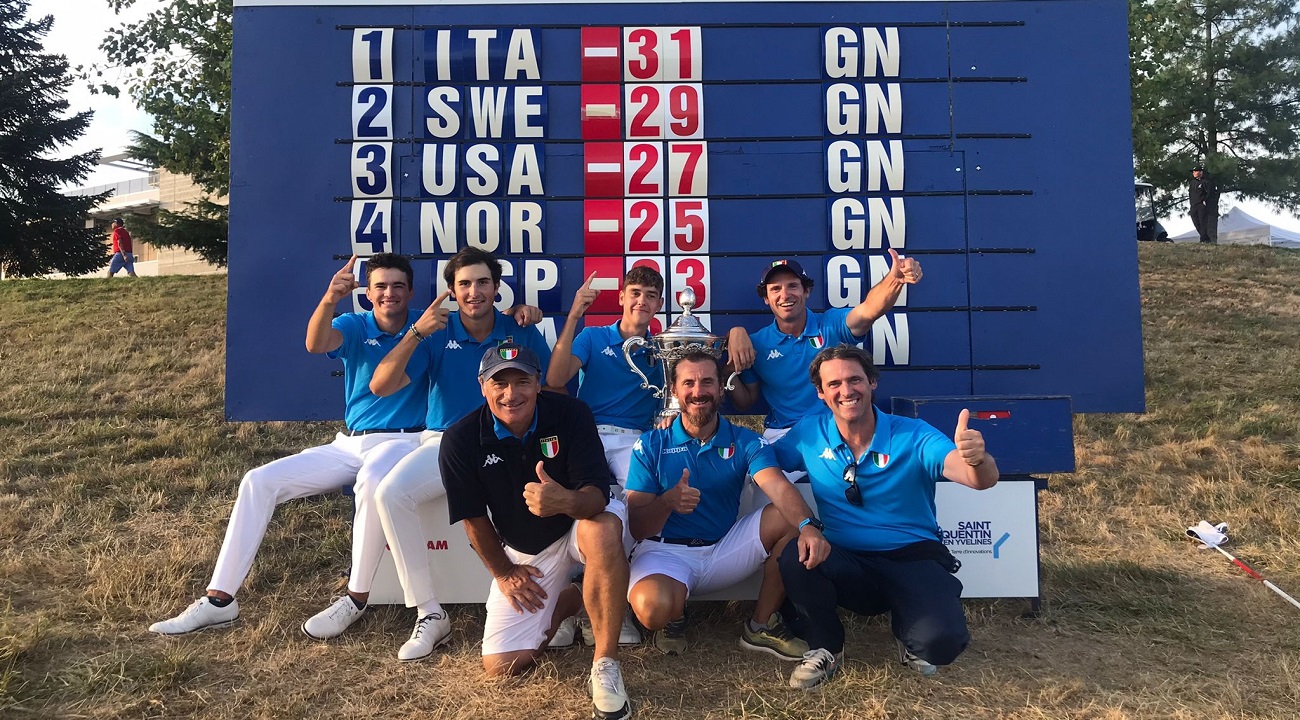 The Italians of golf triumph in the Team world championship

Italy triumphed in the Team World Championship. With an extraordinary performance, the blue trio composed of Pietro Bovari, Filippo Celli and Marco Florioli won with 541 strokes (- 31, 135 GN 134 SN 139 SN 133 GN) in the World Amateur Team Championship / Eisenhower Trophy, which was played on two courses of Le Golf National, in Guyancourt, and of the Golf de Saint-Nom-La-Brèteche, near Paris. It is the first time that Italy has won this race born in 1958 and now in its 32nd edition. In the final lap Italy got the better of Sweden (542, -30), leader after three rounds, at the end of a long duel with the result always in the balance. In third place the United States. Fourth is Norway, then Spain, France and Japan

“It is a resounding triumph in the Team World Championship that projects Italy’s golf into history – commented Franco Chimenti, president of Fig -. It testifies to the strength of a movement, the blue one, which has proven to be the best in the world. Congratulations to the protagonists: Filippo Celli, Pietro Bovari and Marco Florioli. They have signed an extraordinary feat, overcoming the green powers of the caliber of Sweden and the United States. And applause to all the staff: from Matteo Delpodio to Alberto Binaghi, from Giovanni Gaudioso to Massimo Messina. Today these protagonists have written an unforgettable page of Italian golf, just a few days before the start of the DS Automobiles 79th Italian Open. A tournament that promises to be incredible and that will boast absolute champions on the field such as, among others, Rory McIlroy and Matt Fitzpatrick. When there is now a year to go until the Ryder Cup 2023, which for the first time will be played in Italy and on the course of the Marco Simone Golf & Country Club, these are the results of an incredible work, which starts from afar ”.