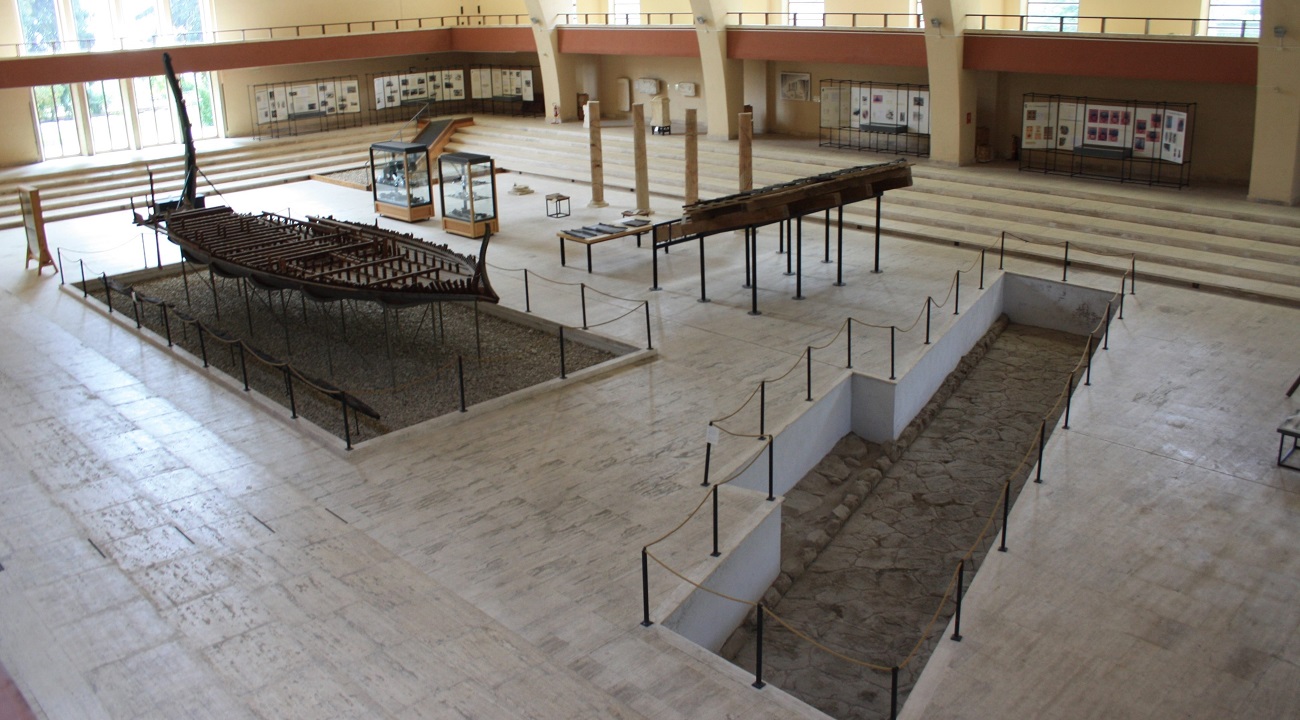 Today it is the airport from which one arrives and leaves in flight on routes around the world, in the remote past the largest port of the Roman Empire. To help the imagination for a journey through time of over one thousand and five hundred years is the Museum of Roman Ships. It is one of the most important collections of ancient boats in the Mediterranean. It is now open to the public again after twenty years of closure for restoration and is located exactly in the place where the wrecks were discovered in the late 1950s. The Museum of Roman Ships of Fiumicino has been reopened with a new layout and a path equipped with multimedia tools. The site is a short distance from the Leonardo da Vinci airport. A free shuttle transports visitors to the entrance every 30 minutes.

There are at least seven wooden boats dated between the 2nd and the beginning of the 5th century AD. The five main wrecks form a “fleet” of great value. Three boats for the transport of goods along the Tiber, a sea transport ship and one of the rare known fishing boats from the Roman period.

The naves vivara, an exceptional find

The “naves vivara”, known as the fisherman’s boat, is an exceptional find of its kind, also for the state of conservation. The central aquarium to keep the fish alive was equipped with holes in the bottom for the exchange of water, closed with pine caps.

The exhibition itinerary of the Museum of Roman Ships is spread over two levels. On the ground floor you can admire the outer shell, the hull and the keels of the boats. Moving, instead, on the aerial walkway you can observe the wrecks at different heights, from the submerged parts to the interiors. The route is completed by the finds found in the excavations and by a multimedia room that tells the story of ancient navigation and the port. A multilingual app of the Museum of Ships will soon be available in the online stores.

The site – informs the Ministry of Cultural Heritage – is that of the ancient port basin of Claudius and Trajan. The Portus Ostiensis Augusti, the largest in the Roman Empire. Built by Emperor Claudius in the year 42 it was inaugurated by Nero in 64 and enlarged by Trajan between 100 and 112. It included a large surface basin of about 200 hectares, two internal basins including the great Trajan’s hexagon of 32 hectares , administration buildings. And yet colossal infrastructures for the storage of foodstuffs, in particular the grain, necessary for the supply of Rome.

It was the works for the construction of the “Leonardo da Vinci” airport and the related network of roads, starting from 1957, that brought to light the imposing remains of the northern part of the imperial port, visible near the museum, including the pier monumental northern and the so-called “Capitaneria”, where a painted vault is preserved with the only fresco in which the Portus lighthouse is represented.

There is a green project to make the Tiber river navigable from its mouth to the northern limit of the city, including the entire metropolitan stretch of Rome. A route of about 60 kilometers designed to take the almost two million cruise passengers who disembark in Lazio every year by electric boats from the tourist port of Fiumicino to the heart of the capital.

The moon over the Colosseum, i...