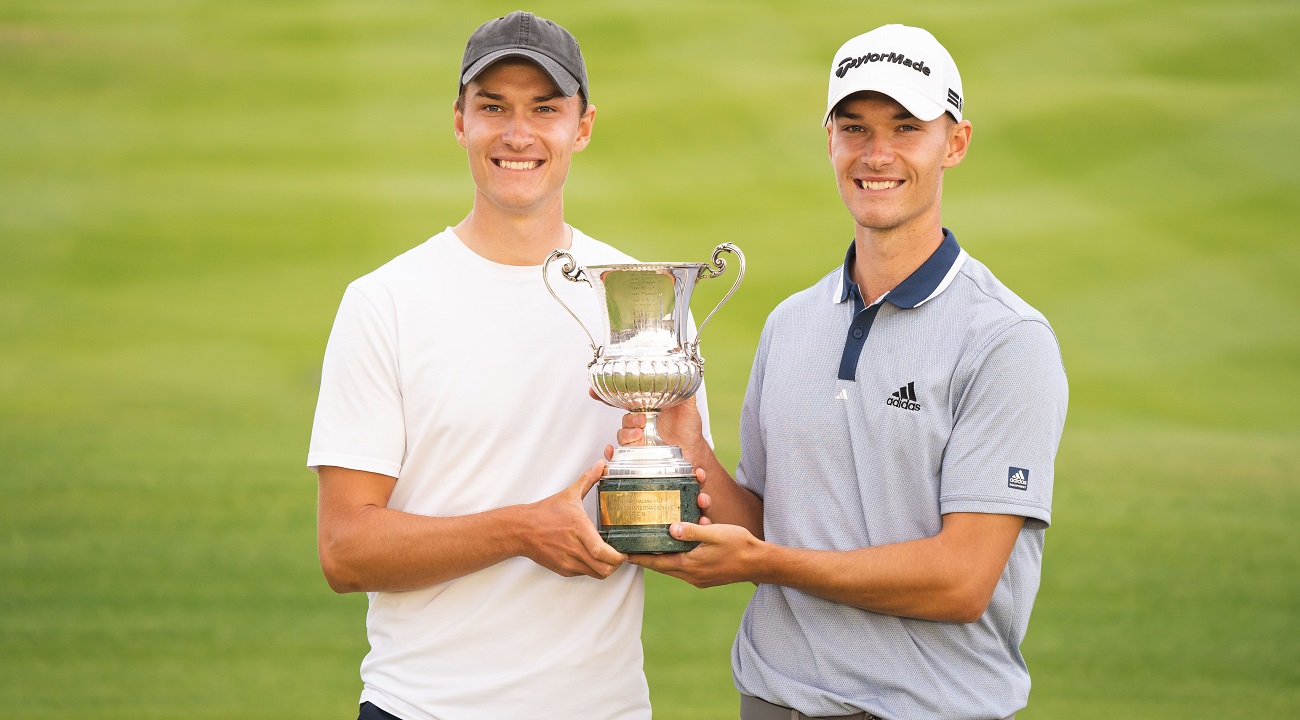 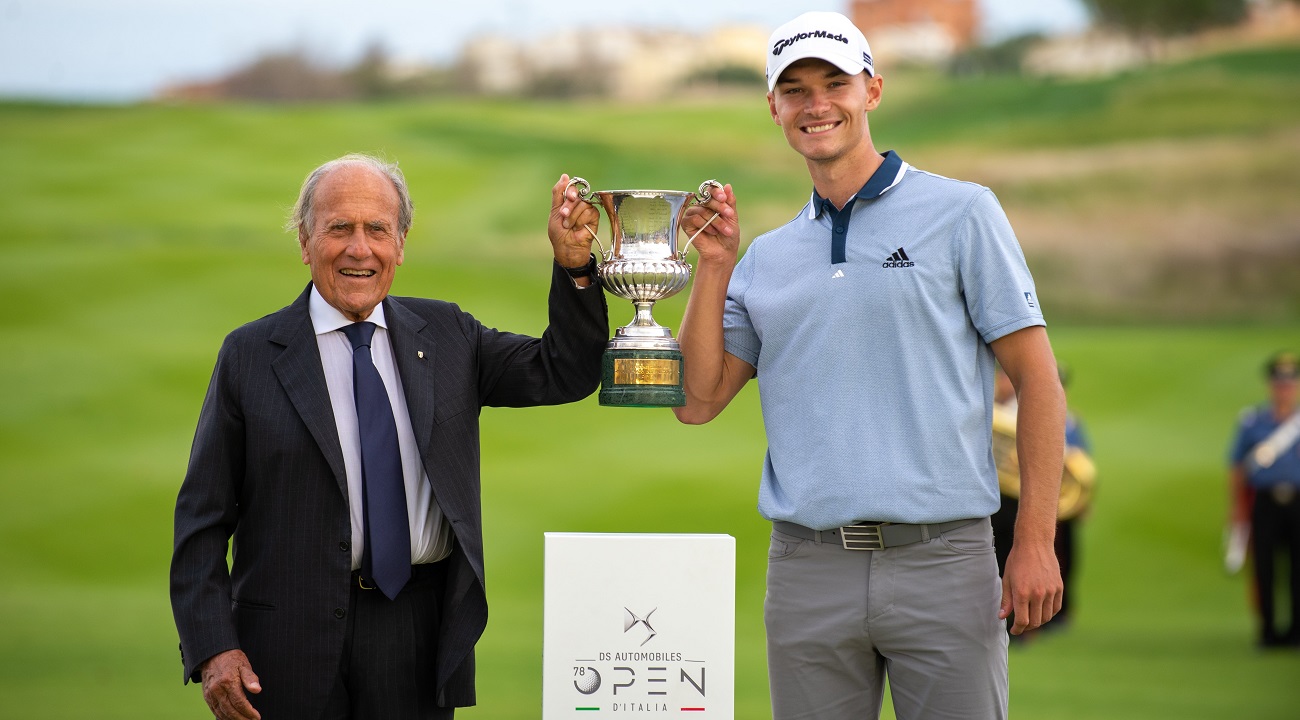 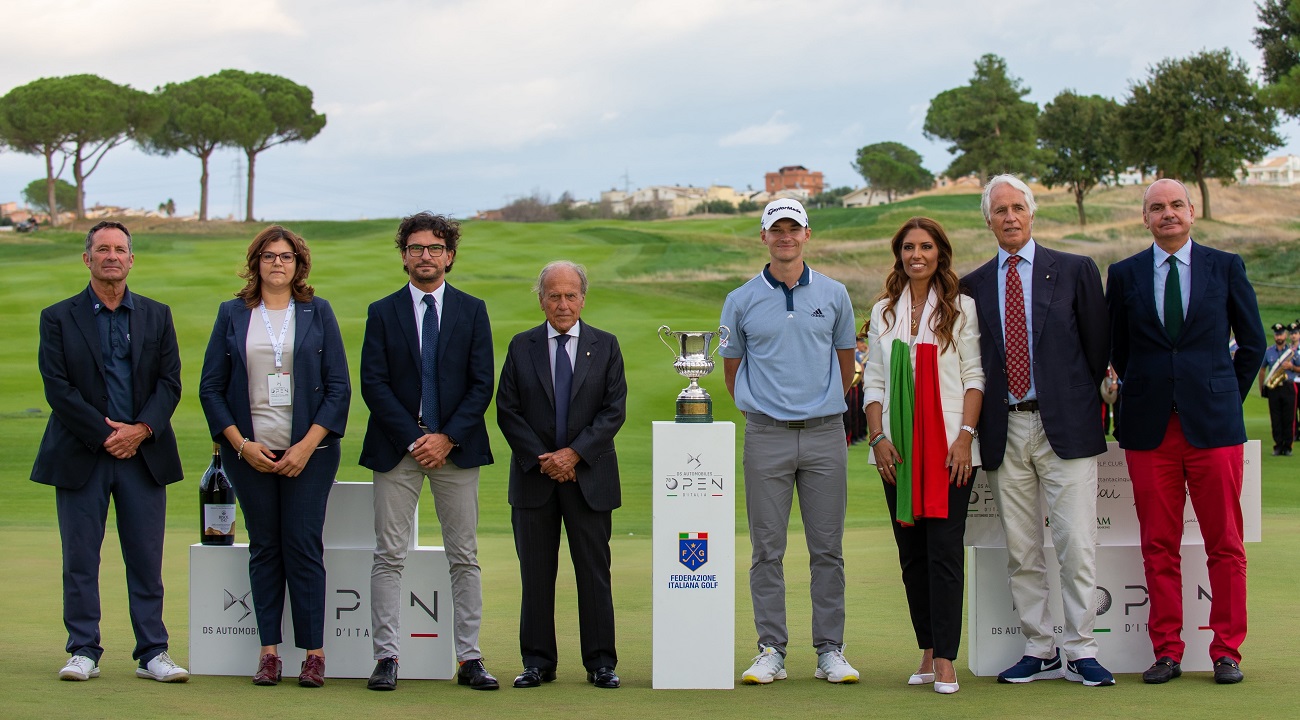 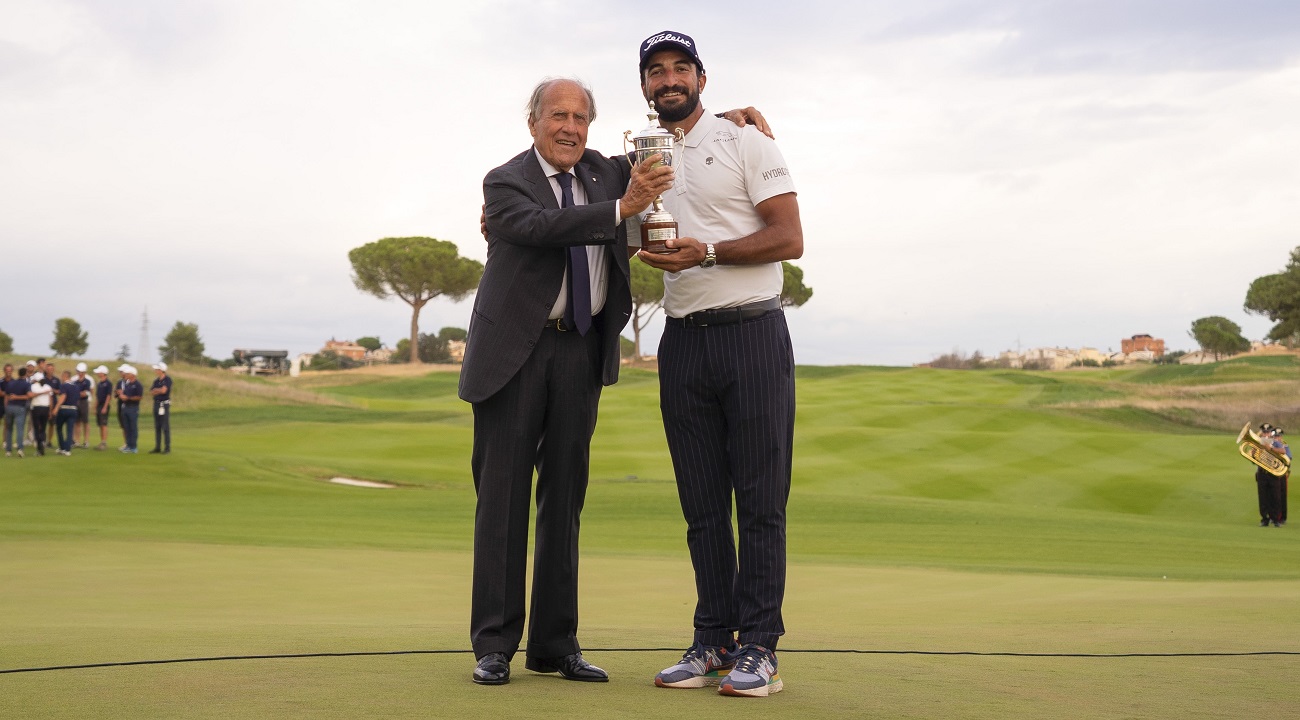 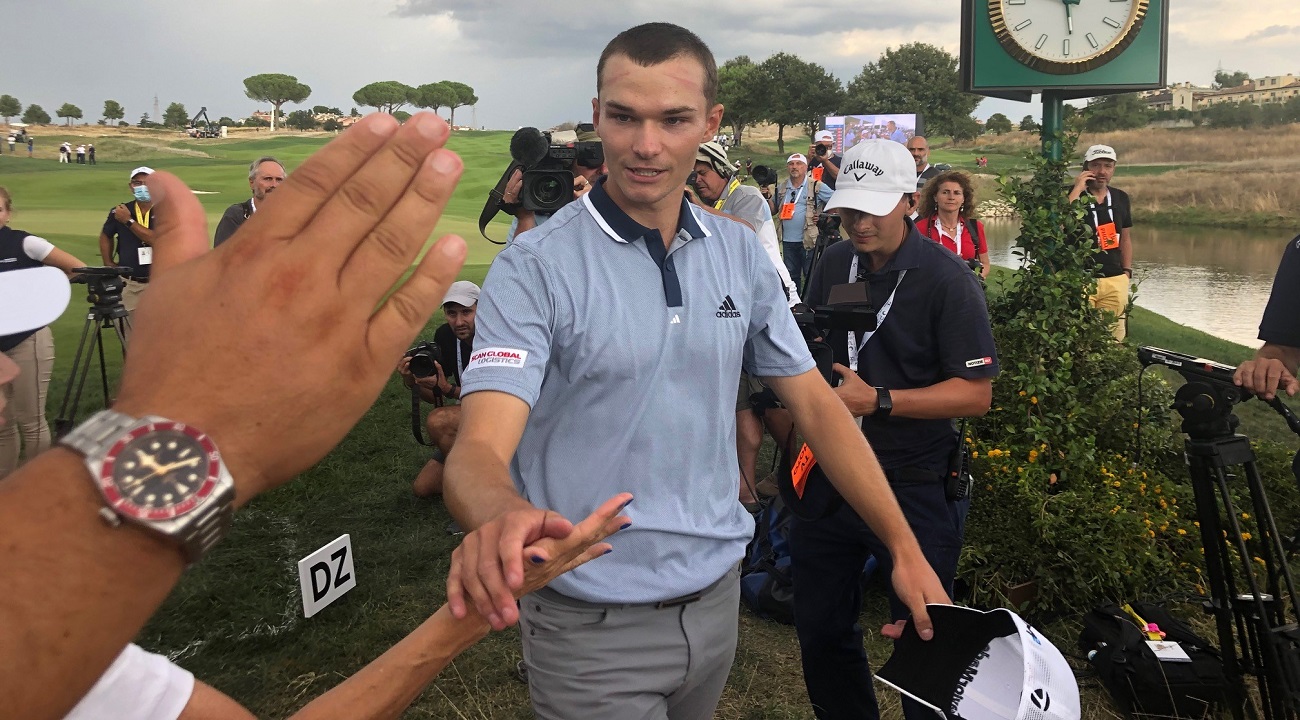 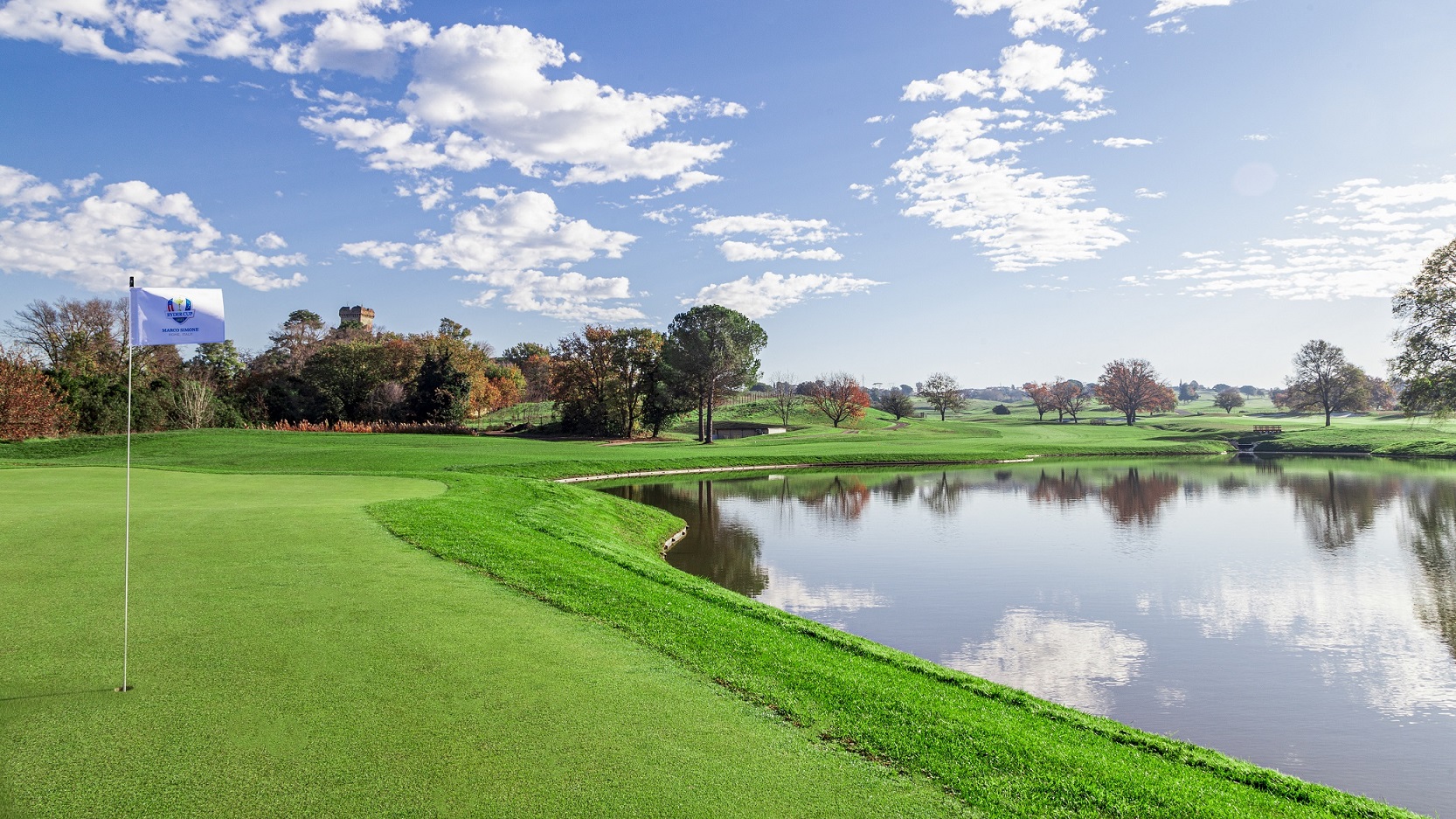 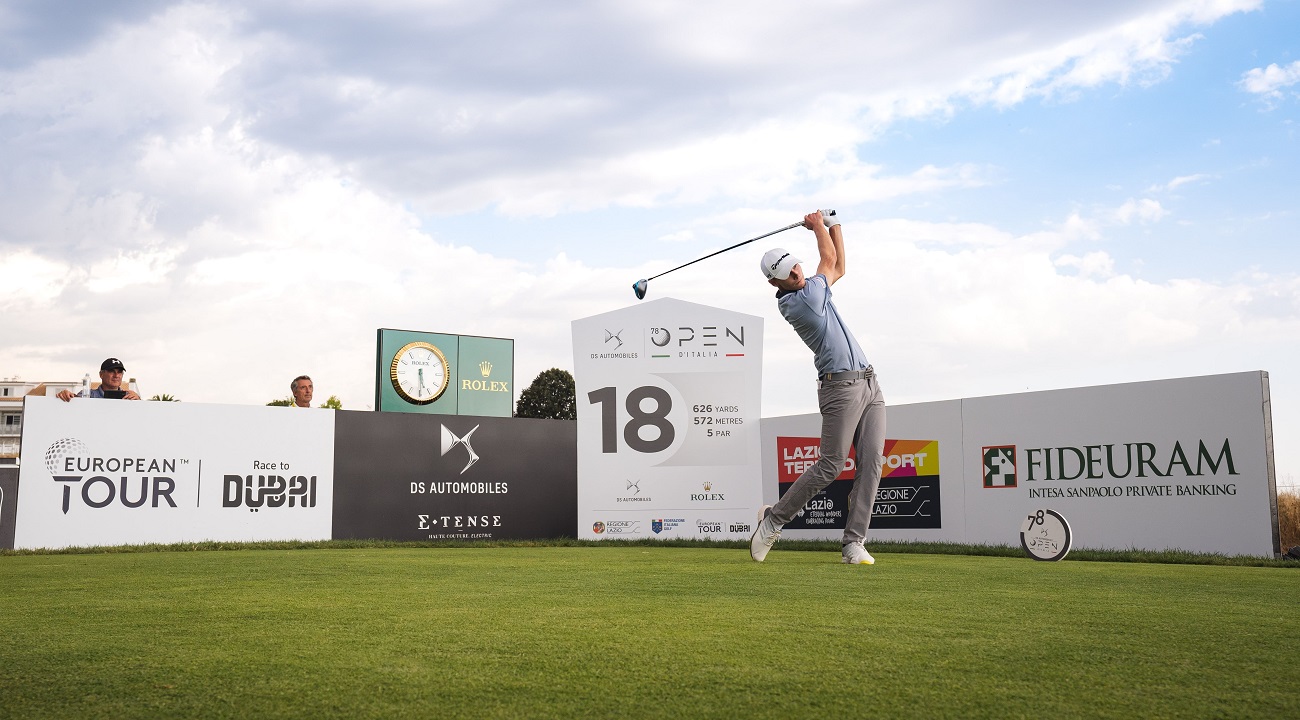 Marco Simone, fairytale and record of the golf twins

Nicolai yesterday won the Italian Open at Marco Simone Golf & Country Club, seven days earlier Rasmus won the European Masters in Switzerland. The Hojgaard twins hit a singular record in continental golf. Never in the history of the European Tour had two brothers managed to triumph consecutively on the circuit. Yesterday in Guidonia Montecelio (Rome) the triumph of Nicolai Hojgaard, with a total of 271 shots and a birdie in the final.

“It will always be an unforgettable day”

“This victory has a special meaning for me – said Nicolai Hojgaard -. Seeing my brother Rasmus triumph three times gave me the incentive to emulate him and I finally did it. Scoring birdies when you are at the top is never easy and in the last round I had to increase my concentration to take home the trophy. This is and will always be an unforgettable day for me, especially because I was also able to count on the support on the sidelines of my brother Rasmus ”.

It was a historic event. Which was played in the home of the Ryder Cup 2023, on a field that thrilled all the champions in the competition. There, the next two editions of the Italian Open will also be held before the super challenge between Europe and the USA. And so it was Nicolai Hojgaard who imposed himself. That at 20 years and 177 days he celebrated his first career title on the European Tour. And to think that the 78th edition of the Italian Open shouldn’t even have played it. To grant him a “wild card” in extremis was Franco Chimenti, president of the Italian Golf Federation.

The tale of Nicolai Hojgaard, champion of the DS Automobiles 78th Italian Open

Nicolai Hojgaard started playing at the age of 4. Professional since 2019, in his first season on the European Tour he touched the feat at the KLM Open in the Netherlands, finishing in second place behind the Spaniard Sergio Garcia. Leading the Italian Open since the end of the third round, the Dane felt the pressure in the fourth and last lap (finished in 71, par). With two bogeys (three of the day) at 14 and 15 he risked bringing the contest to the play-off. At the climax, with a perfect third shot at 18 (par 5), the putt opportunity for victory was granted, which did not fail with the third birdie of the day. Nothing to do for the English Tommy Fleetwood (among the favorites on the eve) and the Pole Adrian Meronk, both second with 272 (-12).

The success earned Nicolai Hojgaard € 485,330 against a total prize pool of 3,000,000. And it allowed him to recover 85 positions in the Race to Dubai (the order of merit of the European Tour) where he is now 26th. The statistics of the maximum continental circuit (drawn up only since 1972, the year in which the body that manages the activity of the continental pro was founded) indicate him as the youngest winner of the tournament. In reality, however, the primacy belongs to the French Auguste Boyer who, in 1926 (date of the second edition of the Italian Open), managed to establish himself at the age of 18.

The final hug with his brother Rasmus, with whom in 2018 he dragged Denmark to success at the Eisenhower Trophy, the team world championship for amateurs, was nice

Laporta fourth, best blue: “I dedicate the result to my future daughter”

In the fourth lap Francesco Laporta, 30 years old from Castellana Grotte (Bari), showed talent and enthusiasm to spare. With a partial final of 68 (-3) with eight birdies and five bogeys, he gave everithing. After the first nine holes of stunts and a few flaws, he started the second nine with three consecutive birdies. But followed by three bogeys before two more birdies. “I will gather – he said – the energies in view of the BMW PGA Championship in Wentworth and now I’m aiming for a good season finale. I dedicate the result to my girlfriend, our future daughter and the whole team that follows me ”.

The Apulian preceded Edoardo Molinari in the standings, 5 / o like the Japanese Masahiro Kawamura and the English Richard Bland. While Guido Migliozzi, 34 / o with 281 (-3), settled in front of Francesco Molinari, 52 / o with 284 (par).

Also Larrazabal, Jamieson, Veerman and Korhonen in the Top 10

In the Top 10, eighth with 275 (-9), also the Spaniard Pablo Larrazabal, the Scotsman Scott Jamieson, the American Johannes Veerman and the Finnish Mikko Korhonen.

Italian Open at the Marco Simo...