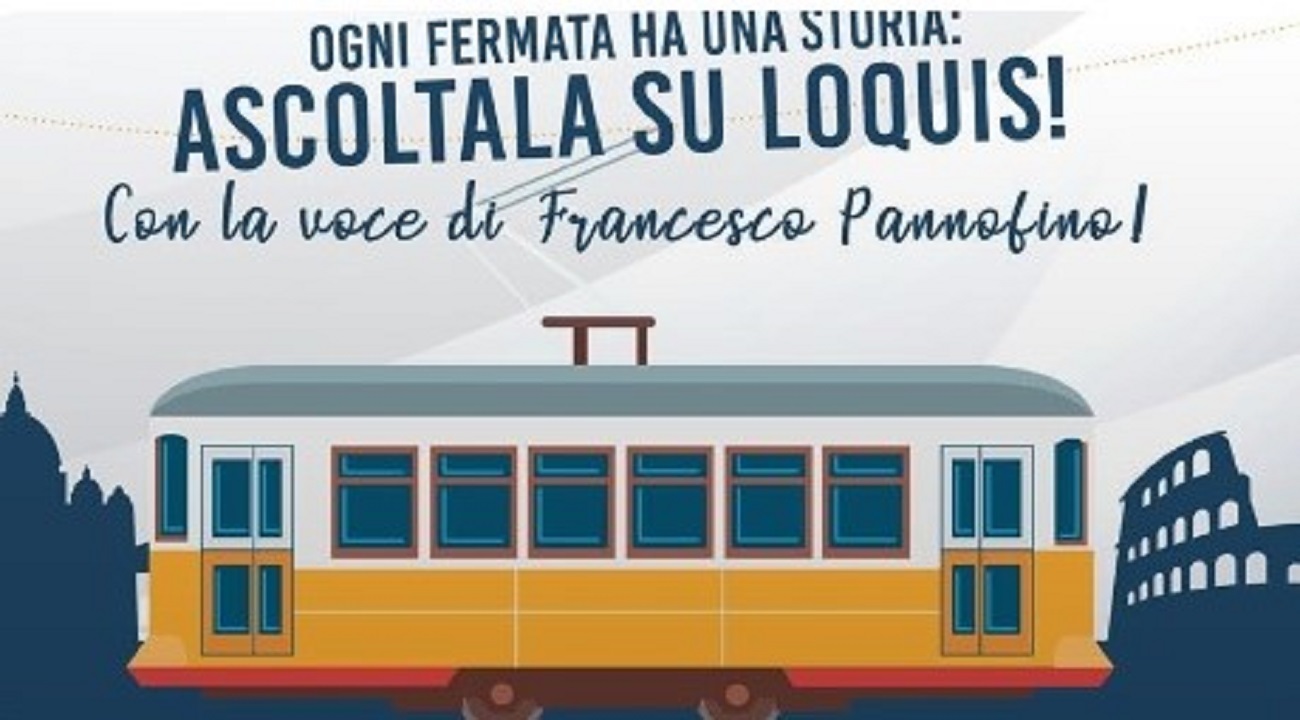 By tram to be told about Rome, in podcast

Sitting on the tram looking out the window and being told by the voice of a great actor and voice actor the history of the places, stop after stop, street after street. In Rome it is possible. This is the project developed by Loquis, the first Italian geo-podcasting platform, in collaboration with Atac, the city public transport company. On the dedicated channel “The trams of Rome”, Francesco Pannofino, from 18 May until 31 August 2021, accompanies the discovery of Rome. From the center to the outskirts, from Casaletto to Centocelle, passing through Trastevere, San Giovanni, Flaminio, Esquilino and Gianicolo. A story with the nose stuck to the windows, A story with the nose glued to the window, while the tram runs along the tracks.
A story is dedicated to every stop and to every place crossed by the rails of the Rome tram. Stories and secrets, anecdotes and curiosities, museums and clubs, but also movie scenes and famous people are revealed. The service is free. You can select your preferred language: Italian, English, French, Spanish, Portuguese or German. Just access the website www.loquis.com or download the Loquis app on smartphones and tablets, even by framing the QR CODE on the stop poles of the tram lines.
The tram network currently crosses Rome for 36 kilometers on six lines. The trams of Rome are the protagonists of hundreds of films set in the Eternal City. From “Bicycle Thieves” of 1948 to “They Called Him Jeeg Robot of 2015”.

Subiaco reopens its jewels of ...

PGA Championship at the start,...